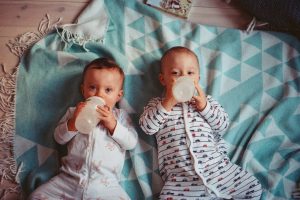 This year has seen multiple recalls on products containing dairy ingredients due to Salmonella. Most notable has been contaminated baby formula in France. The impact of this case has been widespread across the globe and affected many families. At least 37 babies have been infected and a very messy recall was carried out in 66 countries. Fear had also spread around the world as consumers still clearly remember the Chinese Melamine scandal of 2008. Public outrage always follows when they fear for the safety of their loved ones.

These issues highlight the risk of post-process contamination for the dairy industry, the importance of a diligent approved supplier program and robust recall procedures. The aftermath of the baby formula contamination has been a state-run investigation into the affair that is recommending strong measures to clean up the recall process and reduce the risk of these events occurring again.

How Salmonella was detected

The factory implicated has had Salmonella issues in the past before the current owners purchased the factory. Then in August of 2017, the company’s own tests returned positive results for Salmonella. The company attempted to deal with the issues internally. However, on the 1st of December 2017 government tests found Salmonella in their product when attempting to find the source of multiple Salmonella infections. This was when the first recall was issued.

From here a very messy recall process began. Over the course of the next two months twelve million cans of baby formula were recalled. A second recall was needed in mid-December to ensure that all affected products were recalled as the breadth of the recall widened. 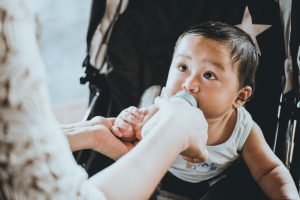 The recall began on the 1st of December however, the factory wasn’t shut down until the 8th of December when a thorough and comprehensive audit of the site commenced. The situation was exasperated by unclear communications between the supplier and retailers during the recall process. The end result was that consumers were sold over 2,000 units of the recalled product across France after the recall was announced. These issues, coupled with public outrage, triggered a state-run investigation that has gained the attention of the French President Emanuel Macron who stated that those responsible must face punishment.

Those Responsible Must Be Punished

The report’s findings have suggested a raft of 49 changes to be applied to the food industry in France. The most notable of this is the call to formulate a Food Police Agency. The report suggests the agency would be funded by an extra tax on food manufacturers. The Agency would manage issues throughout the supply chain and enforce stronger penal and financial sanctions for companies at the origin of a crisis.

Calls have also been made for superior and well-rehearsed withdrawal and recall procedures. The case demonstrated that despite having a recall procedure, the system broke down and exposed consumers to unnecessary risk post the recall. Having a plan that is looked at each year is not enough, it needs to be practised, validated by outside eyes to spot weak points and have key personnel knowing exactly what their role is. This will make the recall as efficient as possible, reducing the risk to the consumer and the overall impact on the business. A poorly executed recall, especially when the consumers in question are highly vulnerable, can lead to public outrage and governmental policy changes.

Quality Associates offer expert Recall Training by experienced recall managers and sponsors – Learn how to set up an appropriate recall program, how to manage an actual recall, how to effectively conduct a mock recall and how to recover your business after a recall.

Please find links below to further Quality Associates Services that can greatly reduce your risk of similar issues occurring in your business.

Contact Us for more information or to organise a consultation. 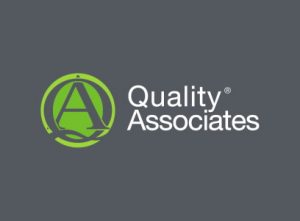 Contact: Dr Andreas Klieber, aklieber@qualityassociates.com.au, +61 438 356 394 Codex HACCP Update is coming to a workplace near you…

Why Food Defence and Business Continuity Programs Are Crucial

This article looks at the bombing incidents in Germany on the 17/02/2021. It details how this and other rare incidents… 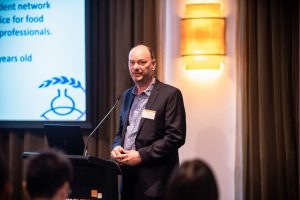 In this webinar, our director Dr Andreas Klieber discusses the impact of coronavirus on current food processing and its implications for future business continuity planning in the Australian food industry.